As we read about shootings in schools, theaters, clubs and fast food restaurants, we wonder, What is missing in our culture? How may I pray about this? I have two thoughts.

When I was asked to write an article for Parents of Teenagers magazine about school violence, I researched the violence prevention curriculum being developed. What I found was a common thread: lack of empathy. Kids didn’t ask: How might that other person feel? In my own kids’ school, an older white, athletic teen had bullied a younger Latino boy who was mildly developmentally disabled and terrified of the older boy. The staff vigilantly monitored this but someone gave the younger boy a knife, which he aimed at the older one to threaten him. The older boy fell forward into it and died. The younger one spent the next 12 years locked up in a youth correctional facility. 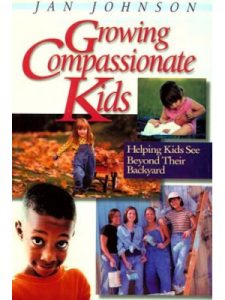 Empathy is about imagining what others are going through: “weep with those who weep” (Romans 12:15). Once when I was transporting a bunch of kids, they began making fun of a boy whose family lived in a garage. So I gently began imagining for them what it would be like to live there: no heat in winter, hot in summer, no place to safely cook, no privacy to change clothes, no place to shower. “If that were me, I would have a hard time even coming to school.” I decided that promoting a culture of empathy and compassion really matters, which led me to write the book Growing Compassionate Kids.

When I moved from an urban area to an outlying suburb, I observed that Boys Scouts and gangs had a lot in common. First, they were both about belonging, a key need for all of us, especially teens. In both boys spent hours at a time side-by-side, developing nicknames for each other. Both groups offered purpose and status. Both had “uniforms” in their own way. Both provided ranks you could achieve by means of accomplishment.

Both groups also provided adventure. I’ll never forget feeling mildly afraid when I dropped off my son for a Boy Scout campout knowing he was going there to earn his shotgun shooting merit badge. But I knew the Scout leaders and trusted them. He thrived on learning to build fires, climb mountains, rappel from cliffs, and shoot rapids in a raft. Likewise, gangs are all about adventure. Father Greg Boyle tells how one gang kid was told by his dad at age 4 to hold the dad’s gun for a few  minutes because soon he would learn to shoot it.

Homeboy Industries, the largest gang intervention program in the world, is all about belonging. When you visit their headquarters in downtown Los Angeles, you are greeted by young men covered with tattoos, wearing Homeboy t-shirts (uniform),working hard to make the place run (with adults). Kids who formerlybelonged to rival gangs work side by side in the bakery. The associate executive director (a former drug dealer) told me, “I take the love Father Greg gives to me and give it to the guys.” In their classes on anger management and so on, the young people learn empathy and even forgiveness. The guys take responsibility for the children they have fathered. Many endure the pain of having their obvious tattoos removed.   So  if you’re not sure how to pray and are ready to let God speak to you (and to laugh a lot), take a look at Greg Boyle’s new book Barking to the Choir: The Power of Radical Kinship.  (Greg Boyle has an MA in literature–you can tell.) The other day I was getting annoyed with someone and I happened to turn on my audible library copy of Barking to the Choir. I caught his vision and reached out to that person. Empathy had returned and I was a caring, grateful person again.