Did Jesus truly enjoy interacting with people in a social setting? Is it true he partied with people you would probably never hang out with? Why would they want to be with him anyway? These questions intrigue me. 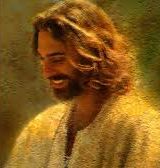 When I was young, my mother took me to church with her on Sundays and my father took me to the bar with him on Saturdays. I had a strong sense that Jesus was with me in both places.  As I grew up, I saw how  the gospel writers didn’t hesitate to mention Jesus hanging out with unlikely folks such as mobsters. (Tax collectors were hated extortionists working for the Roman government. Picture Jesus being friends with The Godfather!) They were joined by “sinners” (Luke 15:1)–people who didn’t keep the law and hadn’t been to synagogue in a long time. They were so lost that the Pharisees said that marrying one of their daughters to them was like “exposing her, bound and helpless, to a lion.” Yet these people crowded around him (CEV).

Jesus didn’t just tolerate these folks, but “welcomed” them (Luke 15:2). So perhaps Jesus smiled and said, “C’mon over.” In this invitational, friendly spirit, did he call them by name and ask them about their aging parents? Did he look them in the eyes because he thought they were people of value? Did he perhaps offer them the ultimate sign of respect by listening to them, hearing between the lines and even remembering what they said later? It appears that he genuinely liked them and they genuinely liked him.

Why do I say they were “partying”?  He ate with them, which was an ultimate social taboo! (Matthew 9:10-17, Mark 2:15-22, Luke 5:29-39). Teachers/rabbis such as Jesus just didn’t do that! Besides, Jesus had a high view of parties. He described the kingdom of God as a place of feasting. And from his dinner party with these outcasts, he told 3 stories, all of which ended with parties (the lost sheep, coin & son , Luke 15:3-32). Since Jesus became the head of a family after his father died, he may have made jokes about raising kids or running a family business.

What fascinates me most is that they wanted to be with him.  They “gathered around to hear him” (Luke 15:1). They didn’t ordinarily associate with proper Jews much less teaching rabbis like Jesus. Somehow Jesus was so interesting that these pariahs of their culture wanted to hear what he had to say. We have to wonder why.

They no doubt saw Jesus’ compassionate healings and sincere interactions with people. Whereas the Pharisees wrote people off simply because of their work activities or their past, Jesus saw individuals, not just their labels. He spoke of goodness as being deeper than doing good things that good people are supposed to do or doing what people expect, but having a right heart. His sort of goodness was appealing not offensive.

Jesus lived and breathed the deep inner attractive goodness of God, which leads ordinary people to consider spiritual things in a new way (Romans 2:4). He could be kind and generous without being self-conscious about it. He showed us that it’s possible to have an open, down-to-earth relationship with God.

COMING UP  March 4:  Meeting God in Scripture online course!  Experience interaction with God through Scripture and learn how to do this on your own or with a group. Click here to register for free webinars Feb 26 & 28 at 4 PM Pacific Time.