If I made a legal agreement with you that determined your future, that fulfilled your hopes, and then, I betrayed you, how would you feel toward me? Offended? Angry? Resentful? Wounded?

That predicament is what Joseph faced in the Christmas story when it became apparent that Mary was pregnant. It would have been bad enough if their engagement custom resembled ours but it didn’t. In their culture, their engagement was legally and personally the same as if they had already been married. It could be dissolved only by divorce. Any breach of it was considered adultery.

But the tenderness of the nativity scenes soften it all so that we don’t grasp how deep this betrayal was for Joseph. A careful look at the text indicates otherwise: 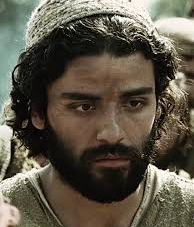 Joseph, being a righteous man and unwilling to expose her (Mary) to public disgrace, planned to dismiss her quietly. But just when he had resolved to do this, an angel of the Lord appeared to him in a dream and said, “Joseph, son of David, do not be afraid to take Mary as your wife, for the child conceived in her is from the Holy Spirit.” (Matthew 1:19-21)

Notice the second word in bold: resolved. Other versions say that Joseph “considered” or “thought about.” Scholar Ken Bailey notes that the Greek word used (enthymeomai) has two meanings. It can mean to consider or think about; or it can mean becoming very upset. In other places in the New Testament, versions of enthymeomai are translated “wrath” and “rage.” Bailey asks, Did Joseph “sit quietly and ‘consider’ this matter? Or would he naturally feel deeply disappointed and indeed angry?” Very likely, Joseph was enraged. And he was humiliated in front of his entire village.

History has called him “Joseph the Just” (a righteous man) because his understanding of justice led him to ‘do the right thing’ and treat Mary in a humane fashion. According to law, Mary could have been stoned for being pregnant and unmarried. But did his sense of justice prevent him from feeling the anger of betrayal?He no doubt had thoughts like these:

Joseph is called “Joseph the Just” from the word righteous in v. 19. Joseph seems to have a broad view of justice. It isn’t adhering to the letter of the law (stoning Mary). Justice with no mercy is not justice, but legalism. True justice is merciful because it takes into account the entire person, the entire situation.

Then, of course, an angel of the Lord informed Joseph in a dream that Mary was telling the truth. She was not unfaithful but had conceived by the Holy Spirit. He believed this, but thinking and feeling are two different things. How did he turn around so quickly? Bailey observes that Joseph chose to reprocess his anger into grace. With the Spirit’s help no doubt, he re-embraced his marriage and parenthood with courage and generosity of spirit. When he was required to go to Bethlehem to pay taxes, he didn’t leave Mary behind. She could have been stoned. Together they went to Bethlehem to face Joseph’s many relatives with this embarrassing situation.

Later when Joseph and Mary returned to Nazareth, they were no doubt gossiped about. Who was the real father of this child Jesus? Did Joseph face this humiliation 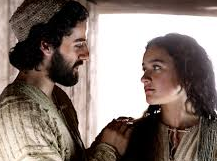 for the rest of his life? As he faced discrediting comments and probable economic disadvantages (they found someone else to do business with), Joseph chose not to be accusative, but restorative. He carried on with outstanding courage and absurd generosity. If they tried to throw him off the cliff, Jesus would have remembered that when they tried it on him. Was Jesus thinking of Joseph when he said on the cross, “Father, forgive them because they know not what they do?”

The idea of being restorative instead of accusative has been a game-changer for me. Can I let go of justified anger against someone who has hurt me, even sinned against me? Only with the empowering grace of God. But first, I have to even want to! This restorative embrace inspires me to do that. Why would I want to carry that heavy burden of resentment around with me when freedom and generosity are available to me?  I’m not there yet, but on my way!

©Jan Johnson, Adapted from my Advent guide Taste & See & Ken Bailey’s Jesus through Middle Eastern Eyes; scenes from The Nativity Story.  To hear me teach this, go to: https://www.facebook.com/LifesongChristianCommunities/videos/384235529514299